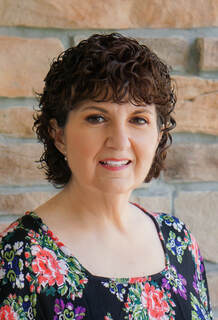 Int'l bestseller and award winning author Dania Voss writes compelling, sexy romance with personality, heat, and heart. Born in Rome, Italy and raised in Chicagoland, she uses her background to create stories with authentic, engaging characters. A favorite with romance readers, her debut novel “On The Ropes,” the first in her Windy City Nights series, became a Barnes & Noble and Int’l Amazon bestseller.

The second and third installments in the Windy City Nights series, “The Warriors' Whisper” and "Hannah's Bliss" received 5-star reviews from Readers’ Favorite ®. "Hannah's Bliss" was voted April 2019’s Book Of The Month at The TBR Pile. All three novels in the series were designated as Recommended Reads in the 2019 Author Shout Reader Ready Awards. “Hannah’s Bliss” earned an award in the Oklahoma Romance Writers of America’s 2020 International Digital Awards contest, and won 1st place in the 2021 National Excellence in Romance Fiction Awards (NERFA), in the Erotic Romance category. "Andrew" won 1st place in the 2021 N.N. Light Book Award contest in the Steamy Romance category. "Hannah's Bliss" and "Andrew" were quarterfinalists in the 2022 Screencraft Cinematic Book Writing Competition. Dania has also contributed stories to multiple romance anthology collections.

Dania’s work has been highlighted on NBC, ABC, CBS, and FOX, and she has been featured in the Chicago Tribune, Southern Writers Magazine, and Chicago Entrepreneurs Magazine (selected as the #8 Top Chicago Author in 2021). The Windy City Nights series is going to the moon in 2023, as part of the Writers on the Moon project.

Dania’s novels are available at Amazon, Barnes & Noble, Kobo, Smashwords, and iTunes. When she’s not writing, you can find Dania at a sporting event, a rock concert, or at the movies (usually a comedy).

Q: Who are your favorite authors?

A: So many authors it's difficult to name them all, but some are Heather Rainier,  Sam Crescent, Jenika Snow, Erin Leaf, Julia Kent, Lexi Blake, Jennifer Probst, Laura M. Baird, Donna Michaels, Bella Andre, the list goes on and on...

Q: What motivated you to start writing?

A:  Finally making the decision to start with the support and encouragement of my family and friends. It's something I've wanted to do for many years.  After I attended Siren-Bookstrand's Romance Convention in August of 2012 in Dallas, TX and met so many of my favorite Siren authors (wonderful, talented men and women) - I decided to stop dreaming and do it.